In 2015, Church of the Beloved had the opportunity to reach out to international students from Japan. The Japanese Seeker Small Group was formed within a few weeks of meeting them. The Small Group Leaders sent prayer emails to Church leaders, to pray for every student that arrived. One of them was a Buddhist, who came to our Small Group to convert people to Buddhism. Others came to learn English for free, or to find community in foreign lands, and some were open to Christianity.One particular student, Yuya, was open to our Church community and to the Gospel. There was a specific date that he had to leave Chicago, so we used that date as a prayer request.

God was already moving in Yuya’s heart. This was evident, as we continued to pray. Yuya’s last Small Group, before he had to leave for Japan, he listened to a conversation between the Buddhist and our Pastor. When he was asked for his thoughts, he began to share about how people from the Small Group and from the Church, shared about God’s love to him. As he explained what he learned of God’s love from others, he suddenly began to be moved. He was moved in such a way that was different from before. Tears began to form and he struggled to get the words out. The Pastor and the Small Group Leaders took part in inviting him to believe. He prayed in Japanese, accepting Christ. And God saved him that night. That following Sunday, he went on the stage and the congregation of Church of the Beloved prayed over him. After service, many people lined up to speak to him and hug him. And then he left for Osaka, Japan as a Christian. Ever since that year, God has been sending more international students from Japan, to our city. We continued the Japanese Seeker Small Group and our Church eventually launched an International Service. As God moves our Church, this has created our beginning steps of ministering to international seekers, and developing Japan Mission. 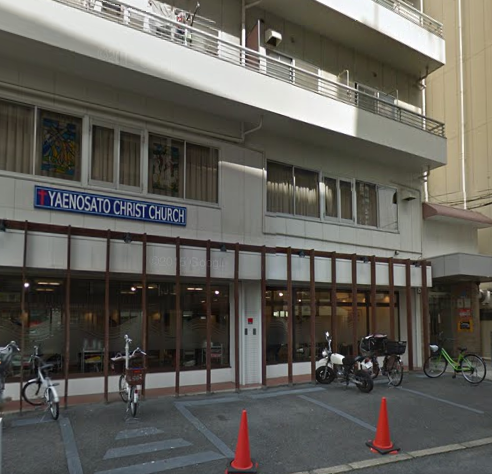 Yaenosato Christ Church was launched in the east part of Osaka in 1996. The Church is a size of around 25 people. In Japan, they have four campuses: two in Osaka, one in Kobe, and one in Matsuyama (Shikoku island). Even though the number is small, church members are devout Christians. The church’s main mission is discipleship and how to live as a genuine believer in Japan. To live as a Christian is not easy. It is challenging in Japan. Pastor Kim has focused on the long-term discipleship and spiritual formation of each member.

Japan is considered an unreached nation, with less than 0.1% being Christian. It means only one Christian per 1,000. The largest religion recognized in Japan is Buddhism.

“Japan is known as one of the richest country in the world. Japanese is rich economically. Many Christians think that they don’t have to go to Japan because it is rich and Japan doesn’t have any need. However, spiritually, Japan is the poorest country in the world. I have met only one Christian other than my church in Japan until I came to US. Only one in my whole life! Can you imagine that? We have temples and shrines everywhere, but we can’t find church. Most people don’t know anything about God. Almost everyone has never read the Bible. They don’t know about Jesus. Some of them think that Jesus is “a” god for westerners. Christmas became a day for couples. Why don’t people believe in Christ? Because they have never heard anything about Christ. The Gospel is not reached in this country. Jesus said to his disciples in Matthew 9:37-38, “The harvest is plentiful, but the laborers are few; therefore pray earnestly to the Lord of the harvest to send out laborers into his harvest.” I’m praying that God will send more laborers to Japan to share His love, His truth and His salvation with thousands of non-believers. I pray that you may be one of this labor of God to share His love with Japanese people.” – Hyun Ok Kim

Church of the Beloved has served alongside Yaenosato Christ Church (YCC). During this season, we have postponed our mission trip to Japan, but we are committed to continue our partnership with YCC. Pastor Kim and Hyunok are in the midst of ministering and supporting their congregation at YCC, as well as their local neighborhood. Their neighborhood consists of universities, and the elderly.

Here are some of the needs of YCC: